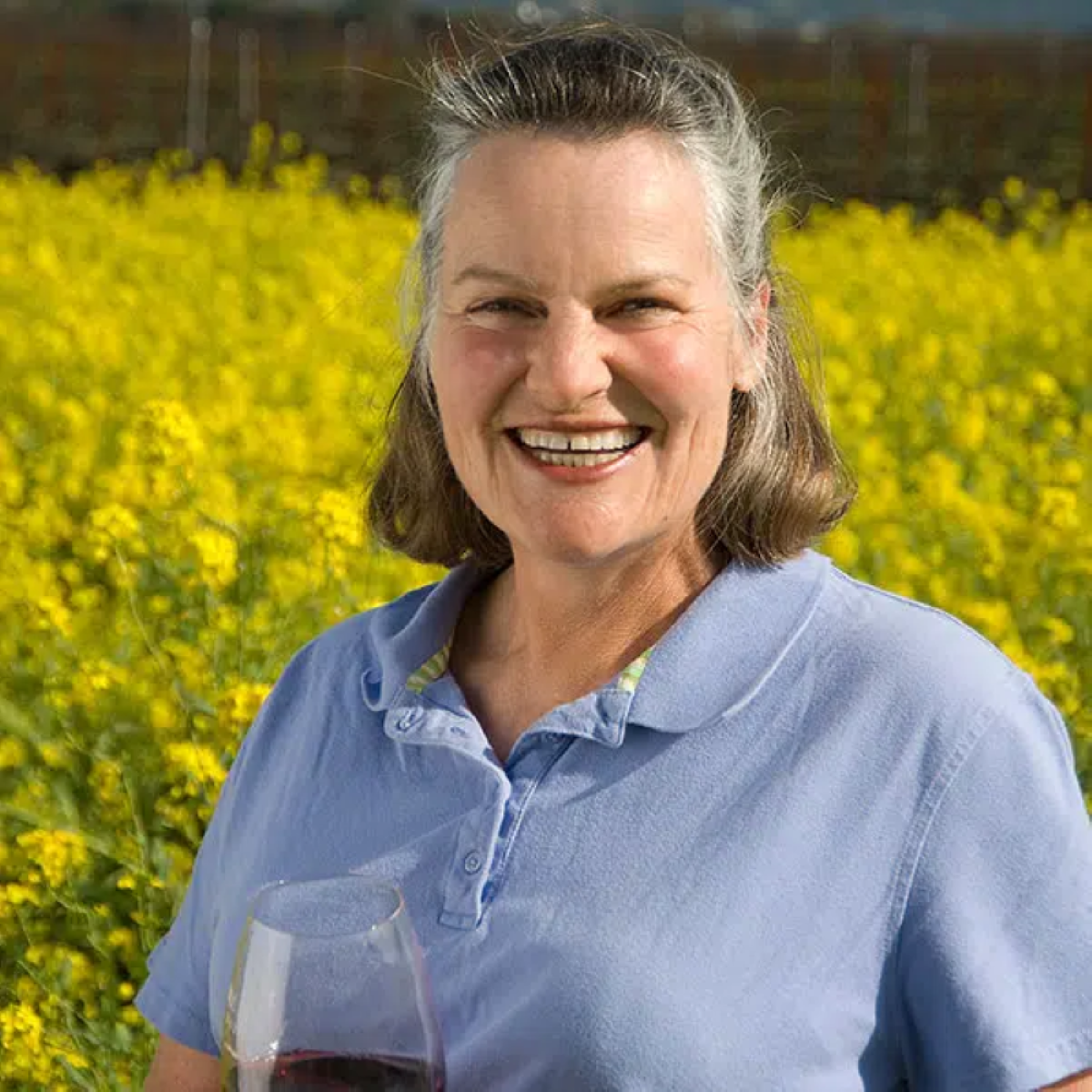 Raised in Palos Verdes with plenty of horses and world class waves to surf at her doorstep.  Alison Green Doran was drawn into winemaking in 1973.  Her father, oilman and longtime Alexander Valley vineyard owner Russell Green purchased the Simi Winery in 1969 and soon after, brought in Andre' Tchelistcheff as a consultant.  Working beside Andre' at Simi for six months in 1973 as a harvest intern, Alison found both her life's work and her mentor.  Her internship completed, Andre' found her a five-month stagiaire position in Alsace for the crush of 1975, and then a position as enologist with start-up Hoffman Mountain Ranch in Paso Robles.

Later, after finishing her Fermentation Science degree at UC Davis, Alison began working for Firestone Vineyard in the Santa Ynez Valley in 1976.  Starting as a lab technician, she worked her way from bottling supervisor to cellar master, and then in 1981, to winemaker.  With the pioneering sprit of the Firestone Family, their commitment to quality, and the vineyard's ideal climate and soils, many award-winning wines were made.  The generosity of the Firestones and their balanced lifestyle made for a special and stable platform for understanding the long-term influences of vineyard management on winemaking.  Alison became well acquainted with how to pull maximum potential for wine quality from a vineyard site.

Alison married Mark Doran in 1994 and has two sons.  She left Firestone Vineyard in 2000, moving back to the family ranch and vineyard in Alexander Valley.  She now has several select clients in Napa and Sonoma who also desire to approach site-specific winemaking with the same exuberance and intensity.  As a pioneer of women winemakers in California, we are proud to have Alison represent Romeo Vineyards & Cellars as our winemaker.